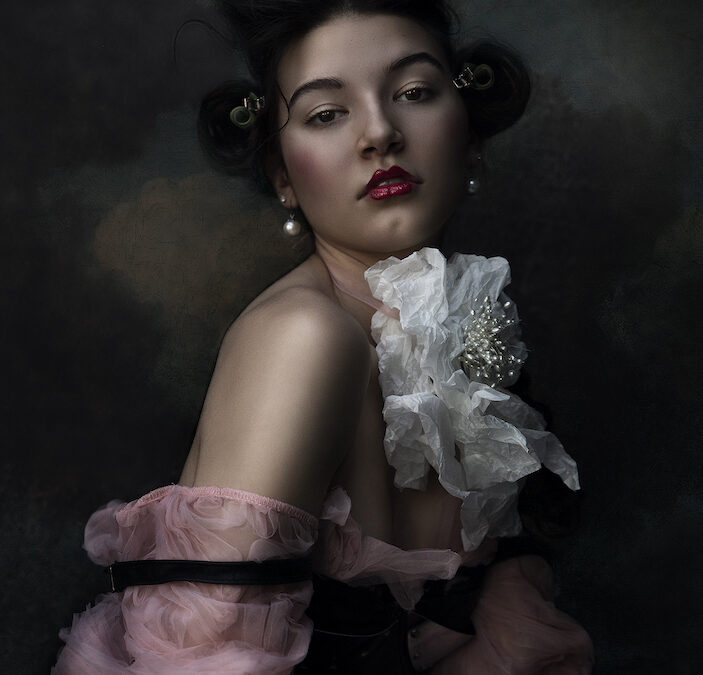 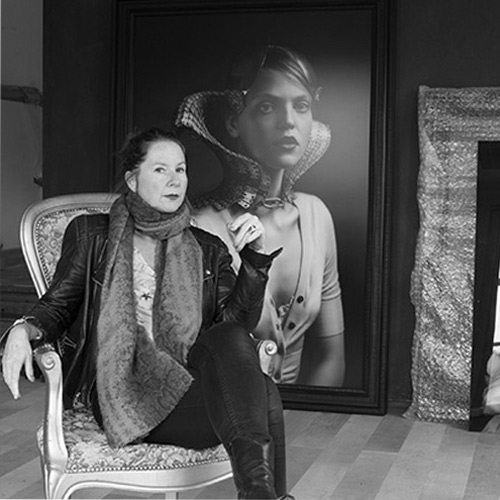 Jenny Boot once started painting as a form of expression. After many wanderings, she finally chose the photo academy. In 2012 she graduated in Amsterdam as a fashion photographer. Although she already had exhibitions in Paris and New York during her graduation year, Jenny saw herself working for the fashion magazines rather than making art. In 2015, Jenny was discovered and her work was exhibited at all of the world’s leading art fairs. Her works are now in various prestigious collections.

The work of Jenny Boot can best be described as that of a modern artist with ‘roots’ in the 17th century. Beautiful young women in the light of Rembrandt with millstone collars who are never what they seem. Boot masters the Claire obscure use of light like no other. Her majestic portraits and dinner scenes are appreciated worldwide. Her ‘Black girl with pearl’, a completely black remake of Vermeer’s Girl with a Pearl Earring, was so popular at the Vermeer Center in Delft that they bought her first copy for their permanent collection.

“In 2015, Jenny was discovered and her work was featured at all of the world’s leading art fairs.” 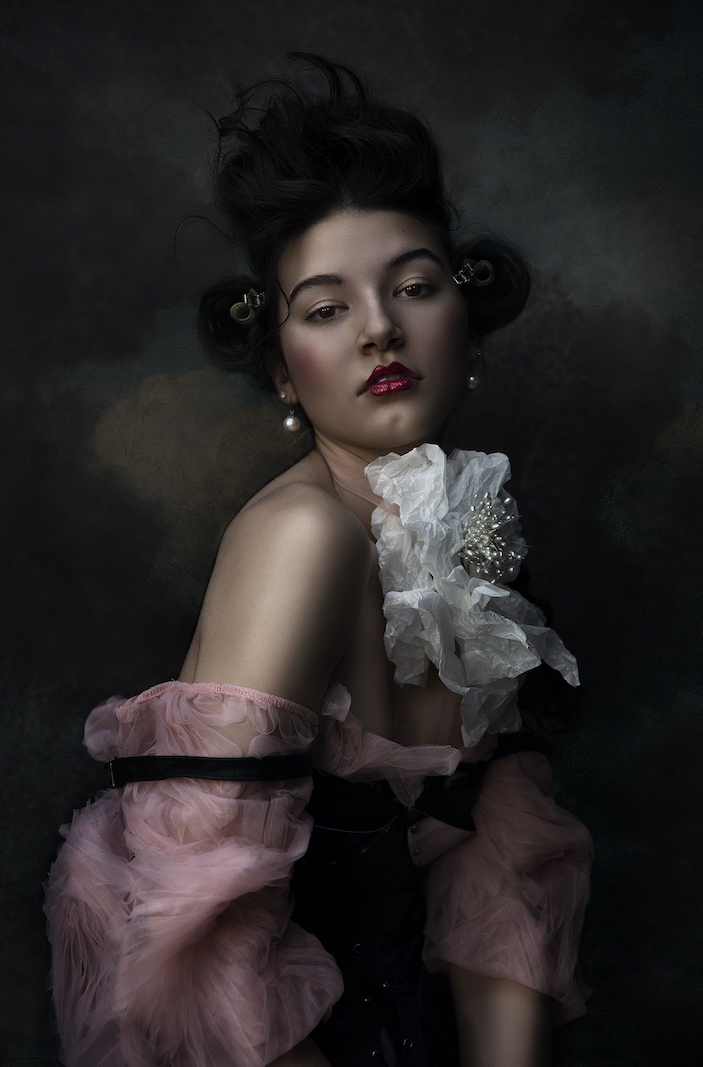 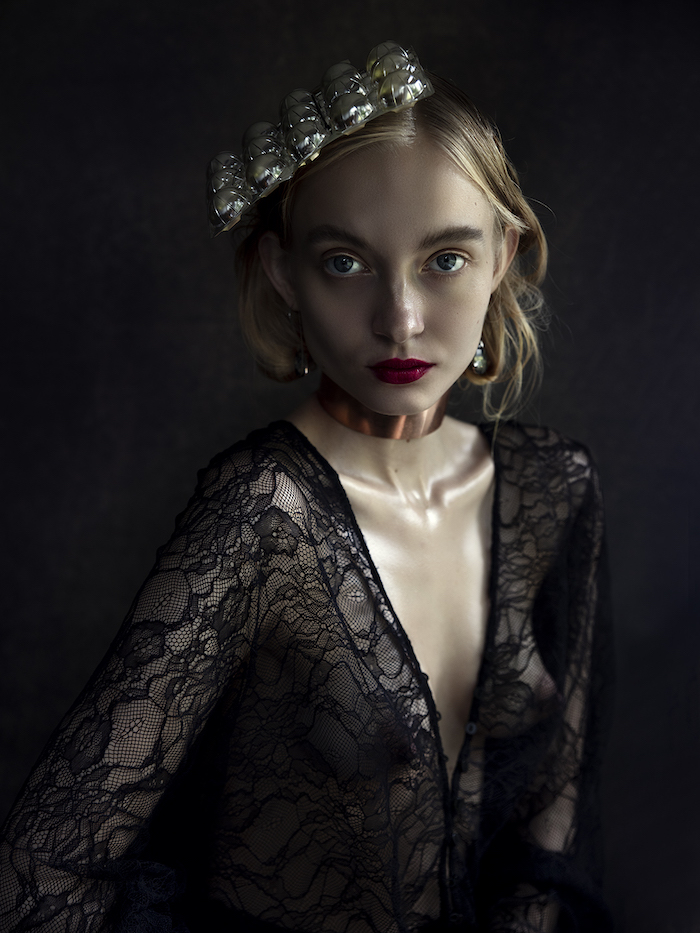 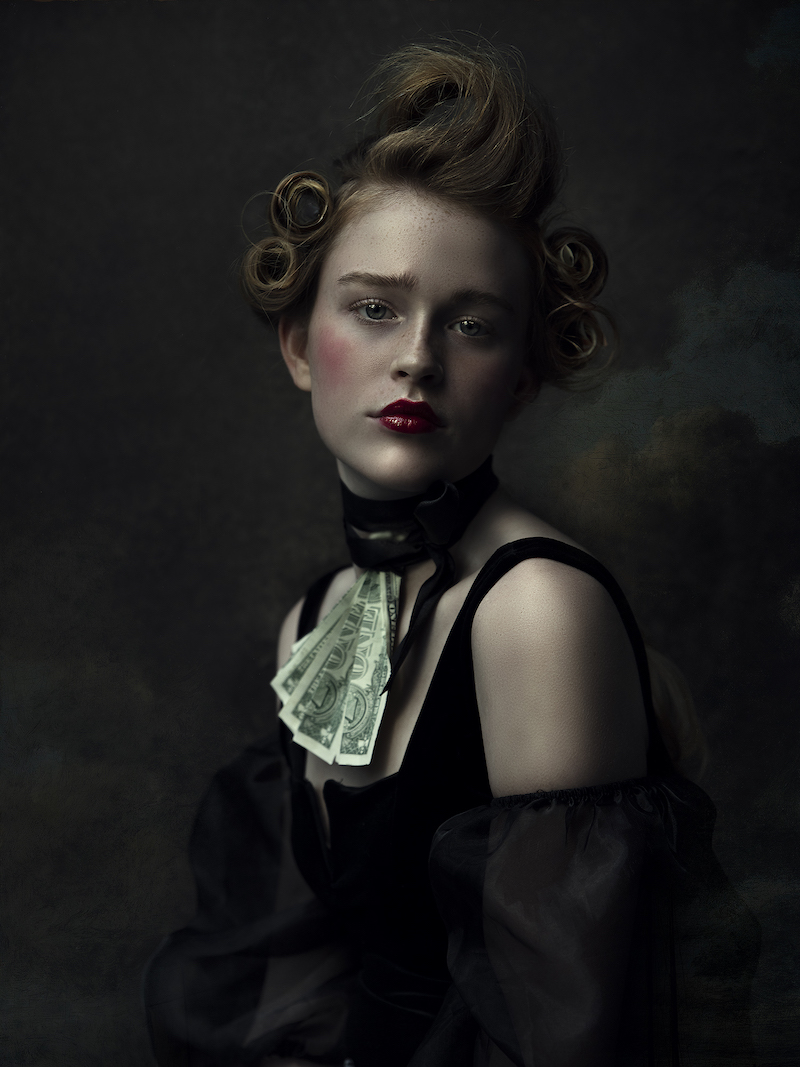