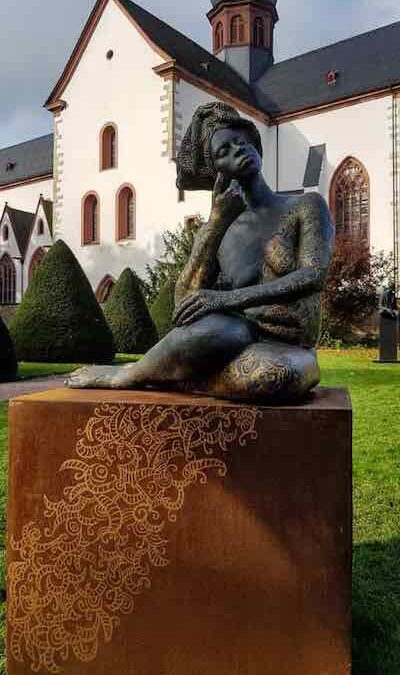 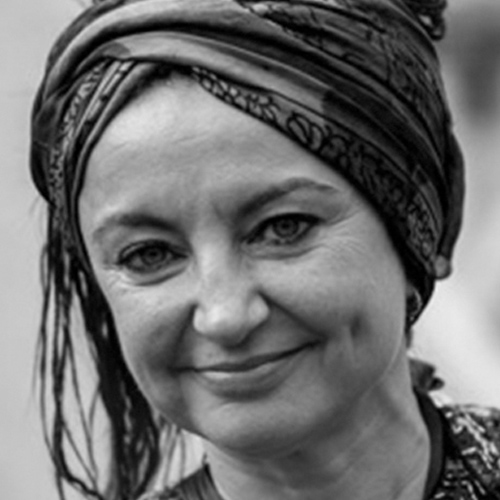 Paz (her name means “peace”) was born in 1968 in Zaragoza, Spain in a family of four children. She studied computer science for a year, but her student job in pottery opened up a new world for her. She quit her studies and has become a ceramist through hard work and continuous learning.

In 1989 she moved to the Netherlands for love and after an acclimatization period she set up her own studio. She has now been an independent artist for over 20 years with exhibitions in galleries and sculpture gardens in France, Germany, Spain, Belgium, Switzerland and the Netherlands.

Paz work consists of images of women with an African appearance, with eyes closed. In her positive image, she sees these women as a symbol of enormous inner strength and perseverance. Their eyes are closed because the real power is deep inside. Paz has travelled a lot, not only in Africa but also in Asia, observing every little detail. She observed women with no money, but a lot of time and attention for fellow women. That is what Paz found so touching and wanted to communicate. She dreams of a better world, where we bear the burden together. It is an emotional visual language, a universal feeling that everyone can touch.

“In my work I try to capture a woman’s moment of peace and clarity, full of inner strength.”