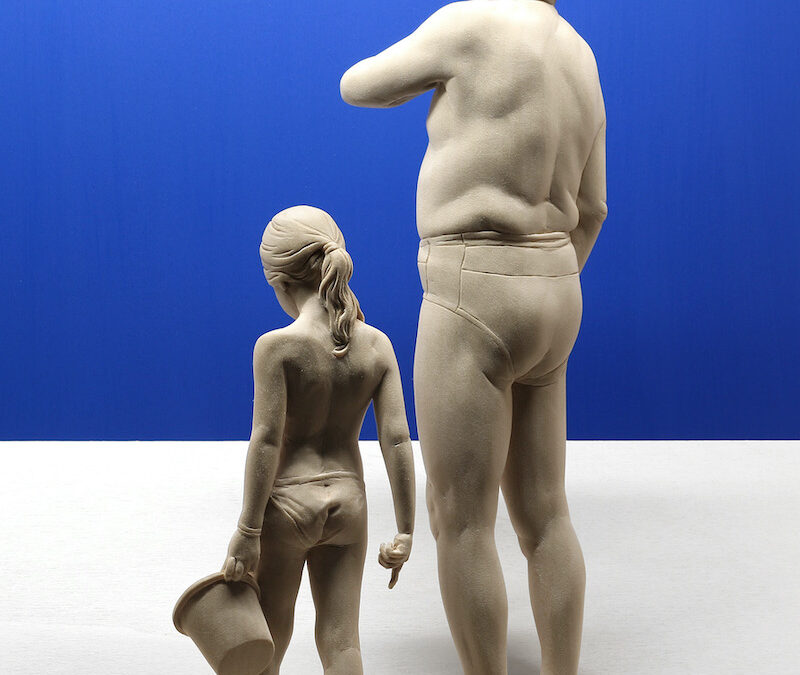 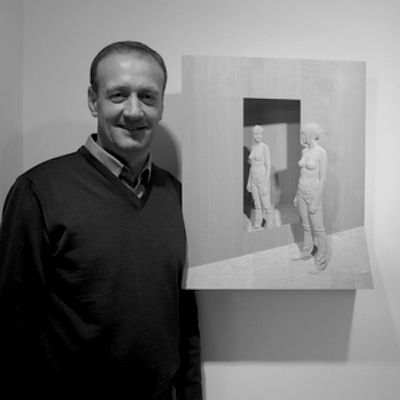 In 1983 Peter Demetz started his art training at the Scuola d’arte in Ortisei (South Tyrol) and completed this training with the diploma of ‘Maestro Scultore’. After his studies, Demetz participates in group exhibitions in Europe and is commissioned from all over the world to produce works.

Demetz uses the age-old Northern Italian tradition of woodworking and sculpture, but also refers to international, modern movements such as ‘pop art’. The Italian manages to bring wood, a material that seems hard and lifeless to most of us, to life. Due to his precise and perfect mastery of human anatomy, his images resemble paintings or sketches. Peter Demetz portrays ordinary people, but certainly not ‘the masses’.

He is not trying to represent one-dimensional anonymity. The architectural spaces in which the persons are placed have a dynamic effect that enhances the figures. Another important aspect of his works is that the figures are also characters; they live in a theatrical dimension, almost without being aware of their state. In other words: Demetz puts them on stage.

“The Italian manages to bring wood, a material that seems hard and lifeless to most of us, to life.” 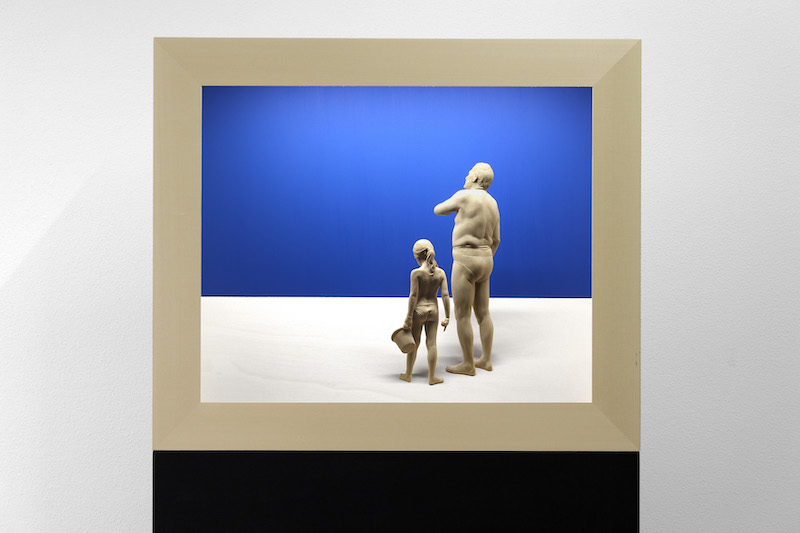 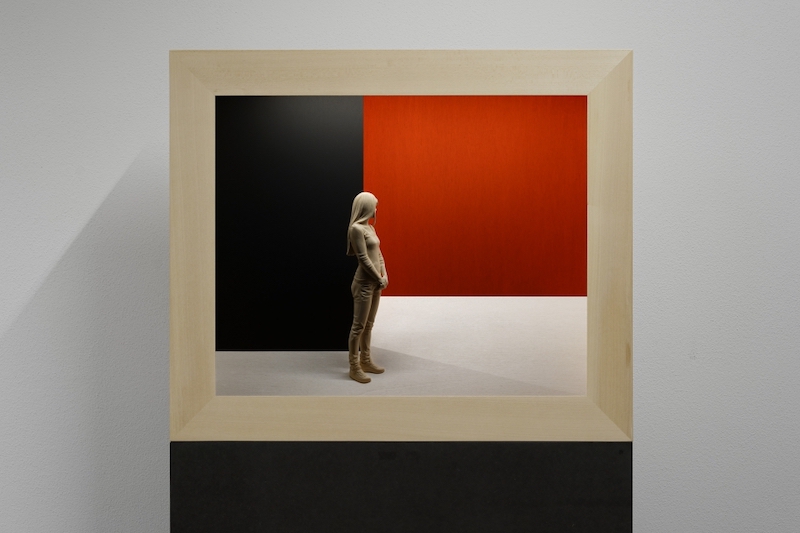